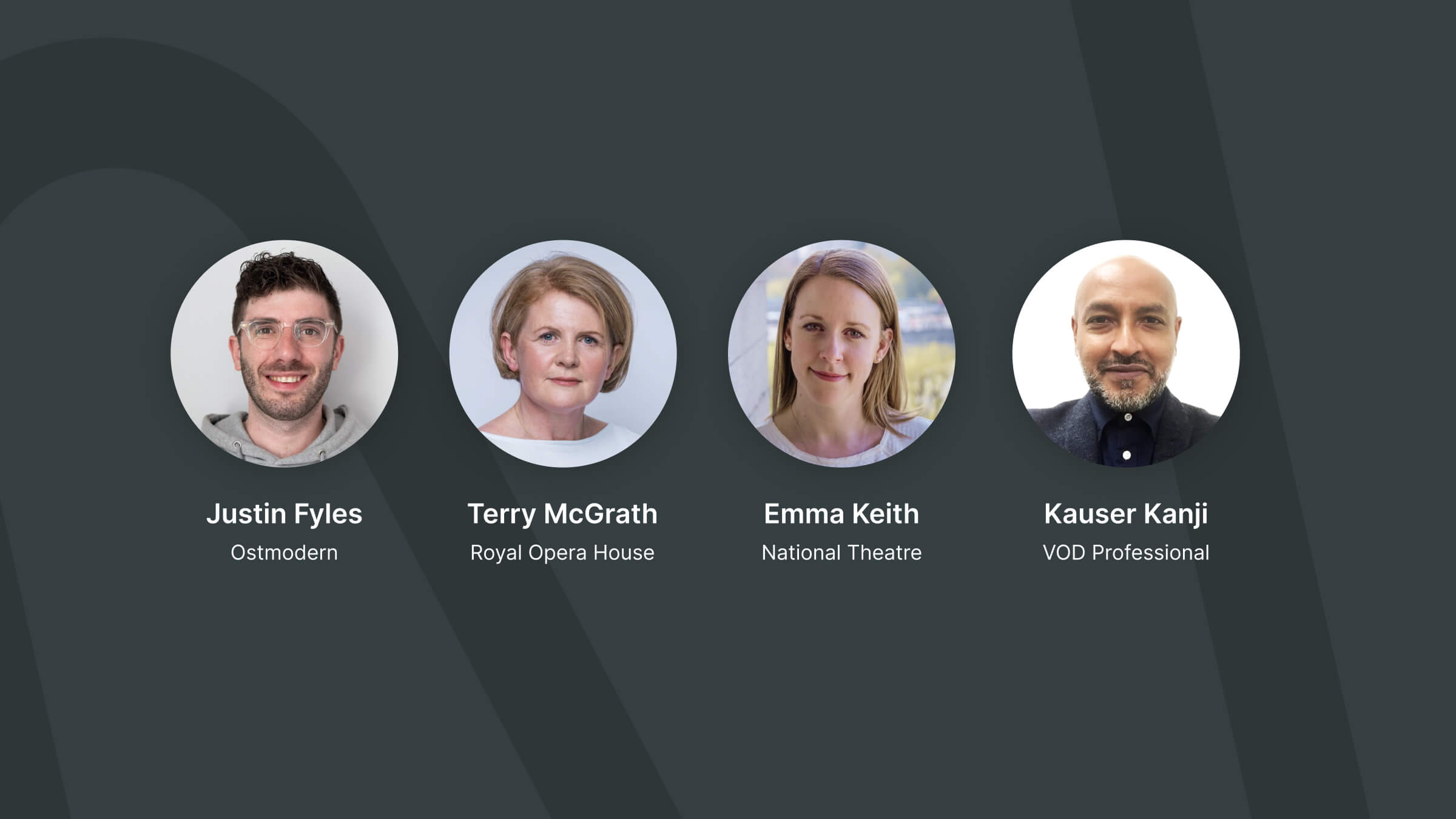 Britain’s National Theatre and Royal Opera House both have a long history of digital innovation. NT Live — The National Theatre’s service which airs its performances at cinemas around the UK, for example, originally launched in 2010. Its YouTube channel went live the following year and has now racked up nearly 27 million views.

Similarly, content from the Royal Opera House has been in cinemas, internationally and in the UK, for 10 years as well as being distributed across Amazon, the BBC and Netflix. On YouTube, the organisation has an incredible 1m+ subscribers.

The effects of the COVID-19 pandemic, which forced many performing arts venues worldwide to go dark, has accelerated the pace of this digital transformation.

Ostmodern partners with the NT and the Royal Opera House and we spoke to them earlier this month, via Zoom, about how they’ve adapted to the events of the past year. You can watch the full video of that conversation here or at the top of this post. Some of the highlights — and main lessons we learned — include:

#1. “Our multi-year plan was delivered in weeks!”

Emma Keith, Director, Digital Media, at the National Theatre, told us that between May and August 2020 alone, the organisation’s YouTube channel had 15 million views. Their subscriber numbers shot up from less than 100,000 to over 700,000 in less than four months. “I came back from maternity leave about 18 months ago and had a three-to-five year plan in my head of things that we would deliver and pretty much everything has been ticked off that list!” she said.

Emma’s experience echoes the findings of a survey from Marquee TV, the performing arts streaming service, conducted in March 2021, of 1,000 of its users. There, whilst 94% of respondents said that they missed attending live events, 60% said that they had engaged arts-related digital content over the previous year.

Emma said that prior to the pandemic, the NT had debated internally about “… what it’s like to watch theatre on a small screen — on a phone or on a laptop. Is that a good experience? And do you want someone to be able to pause in the middle of ‘To be or not to be?’ and go and make a cup of tea and come back to watch the rest of it?!”

As it turned out, the NT’s YouTube audience displayed great commitment to performances — watching 40–50 minutes at a time and showing high return rates.

“What appears to be happening is that people are watching the first act and then going away and maybe coming back the next day and watching the second act of the production. We are seeing significant dwell time.”

Terry McGrath, Director of Media & Audiences at the Royal Opera House explained that she and her team had done a lot of work around digital user experience (together with Ostmodern!):

“We’ve done a lot of user testing to improve our digital experience and some of the feedback we’ve gotten is… about putting it [a two to three hour ballet production, for example] in Acts. Digital allows for this. Also short form content — like behind the scenes footage — is something that people will watch again and again.”

On the topic of user-testing, Ostmodern’s Senior Product Strategist, Justin Fyles, added that:

“In any product design process, including digital, behaviour change is something that everyone seeks to do — if only I could change the consumer’s behaviour, then they would all use my product. In reality, the only thing you can really do is figure out how those behaviours are already changing and try to meet them there. It means that you do need to do user-testing based on analytics; you need to always be learning… This isn’t always an overnight process but something that happens over the entire journey.”

On marrying the gains made through this digital-first strategy with the return of in-person audiences, Emma said that:

“Yes, absolutely. Similar to the ROH, we’ve seen a much younger audience. So, for the first iteration of ‘NT at Home’ [The National’s streaming service], over a third of our audience were under-35 which is something we aim and aspire for in the theatre. And they’re more geographically spread — we’re reaching around 175 worldwide audiences. If we’re able to grow and develop our audience [post-lockdown] and reach people that we might normally never reach, then that’s success. Digital has to be additive to the live, in-person, experience. We can’t just move people from one experience to another. What I would hope to do, if we’re going to move anybody from anywhere, is that people perhaps have a digital experience first, and then come and have an in-person experience.”

The Marquee TV survey concurs: it found that 52% of respondents aged 20–24 were more interested in visiting the venue in person after watching a digital performance.

#4. Digital Will Continue to be Part of the Future

“Digital wasn’t the core of the business [pre-pandemic],” said Terry, “but people could see the efficiency of it with the ability to grow our reach, expand our reach, add some secondary incomes and do our marketing more actively. What COVID has done, because we already had those components in place, has been to accelerate those components.”

Emma agreed and said that “The cat is out of the bag now and it’s not going back in. We’re in the business of theatre and the show must go on. When all of that stopped, with in-person audiences, the rhythm and the cycles became digital. The whole force of the organisation really got behind our digital activity over the past 12 months.”

“People’s job and roles have completely changed to respond to this digital opportunity and the things that we were thinking about like, “do we stream?”, “is it free, is it paid for?”, “how much, how often?”, “is there an audience appetite for this?”, for all of those questions we are now saying, “Yes. Tick. Done!” We’re very much looking now at what’s next, what does the future look like? How can we make ourselves more resilient and agile and adaptable so that whatever opportunities may come down the line, we’re able to capitalise and make the most of.”

You can watch the full Digital Transformation for Live Performance webinar here or at the top of this post.

Ostmodern has been working with the NT and Royal Opera House, as well as other performing arts organisations, helping them with digital innovation, product design, development and strategy. If you’d like to talk to us about your own digital ideas and goals, please drop us a line at hello@ostmodern.co.uk.